So I met Fritz, from cyclelicio.us, as well as Tim “Masi guy” Jackson. Not actually at a bar though. Fritz was in the media center, uploading his photos, and Tim was working the Masi booth. Fritz just went mad with his camera. He’s already posted tons of cool product shots, but have a look at this shot of Tim: 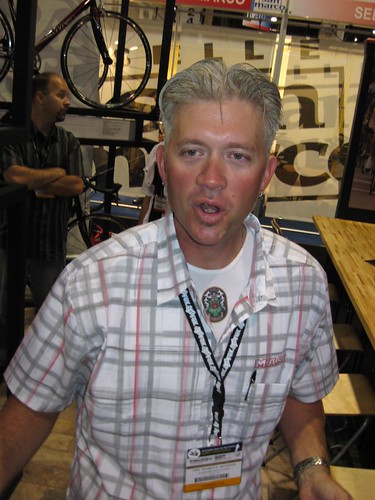 Let’s call it the “indecisive moment”. I fared only slightly better. Unfortunately, modesty prevents me from linking to my photo on his blog. But I’m flattered that I appear on his blog. (I’m not so sure how Tim feels about being on mine though) It was cool to meet both of them, as we’re all overly-enthusiastic bike geeks.

August 11, 2022
Improve your skills with the PACT Club Timer III