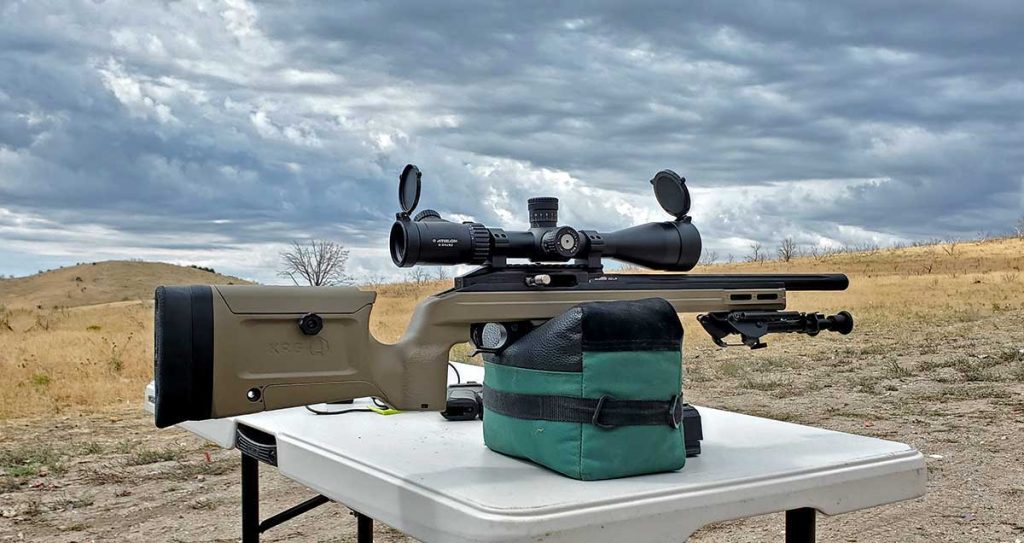 Although I’m known for a collection of firearms that is mostly rimfire, I do have some centerfire options as well. But people ask me why I have such a preference for rimfire. Some suggest that maybe it’s because they’re inexpensive. They’ve clearly never built a custom pistol or rifle. One of my most recent acquisitions was a $370 trigger. To suggest that I might enjoy rimfire because I am averse to recoil would be incorrect as well. I’ve owned the S&W X-frame revolvers in .460 Magnum and .500 Magnum, and still keep a .357 handy.

Rimfire ammo can be quite affordable. Or not. Lapua Center X .22 LR ammo is definitely not a general-purpose round. The last box I bought cost 30 cents per round. That’s 50% more than my pre-Covid stash of 9mm cost. So no, it’s certainly not about the cost, although relatively speaking, rimfire is still the most affordable. Current pricing puts standard velocity ammo at right around 8-10 cents per round. At that price, I can shoot to my heart’s content. Even if it is out of a $1,000+ firearm. Still, it’s more than just reasonably affordable ammo. Two big factors play a role in my choice.

Whether we’re talking about a 10/22, Buck Mark, Mark IV, Victory, TX-22, CP33 or other popular rimfires, there is just a huge aftermarket. Sure, some models have more support than others. But if you want a custom firearm, there’s no shortage of companies out there offering all the goods. There’s a multitude of stocks in wood or polymer, to chassis systems that make swapping grips and butt stocks easy. Barrels can be had in different diameters, profiles, colors, and weights, from heavy steel to lightweights sleeved in aluminum or carbon fiber. Plenty of color options too. And most come threaded, of course. Triggers, bolts, safeties, charging handles – no shortage of choices there either. Magazines can be modified for capacity as well. And don’t even get me started on optics.

It’s now possible to build a complete rimfire from the ground up, with zero OEM parts. Or buy a basic factory model, and modify it into a tack-driver, race gun, or space gat. The options are nearly endless. Not to sound cliche’, but the only limits are really money and imagination. Which makes rimfire a very fun proposition. But that’s not the only reason I like my rimfire.

But you can customize other firearms…

The MSR and that Austrian plastic handgun are perfect examples of centerfire firearms with an equal amount of aftermarket support. And I may or may not have gone down that route before too. Because they can actually be less expensive than custom rimfire rifles and pistols. Until you have to feed them. They also require a lot more distance to make them challenging, and heavier steel targets. For someone overly-sensitive to noise, they are loud, even outdoors. So I might keep them around for occasional use, but they are not my go-to for weekend fun at the range.

Suppressors have become much more common in the last decade or so. The stamp is still a rip-off, and the wait still sucks, although e-filing has helped a bit. Shooting a suppressed MSR, or even a 9mm pistol, is fun. But nothing beats suppressed rimfire. If “Hollywood quiet” is the holy grail of suppressed firearms, rimfire is the path to get there. We mostly shoot steel targets. On a good day with the right combination of firearm, ammo, and suppressor, it’s just a click, followed by a distant “ping”. So very satisfying. And even after hundreds of rounds, there’s no sore shoulder, aching wrist, or ringing ears. This is what it’s all about for me.

I started with a 10/22, built a few custom 22 Charger variants, and then got into pistols. Mark IVs, Buck Marks and Victorys can all be made even more accurate than when they left the factory. And with a threaded barrel, they suppress well. Even the budget Walther P22 and Ruger SR22 suppress well. Or check out this threaded Henry Frontier lever action. My favorite is still the bolt action .22 LR rifle. No worries about feeding, cycling, and ejecting. Didn’t have to mess with polishing bolts and reduced power springs, or stovepipe jams. Of course, ammo lasts a lot longer when you have to work the action yourself. Where we used to go through around 800 rounds or more in an afternoon, we might shoot 300 now before it’s time to go get tacos.

So there you have it

I still try to keep my skills sharp with a centerfire rifle. And I run some drills with a 9mm too. Even dust the shotgun off every once in a while. I just don’t write about it much. Because there are plenty of other sites that cater to the tactical crowd, and those training for defense, as well as hunting. I’m none of those. My goal is to have fun and present the recreational side of firearms. And I am well aware that there are plenty of like-minded enthusiasts out there. They might have a deer rifle, turkey gun, or bedside pistol. But it’s their rimfire that they shoot the most, and get the most enjoyment out of. And I’ll keep sharing the coolest content I can find with them.